How To Reduce Stress While Driving 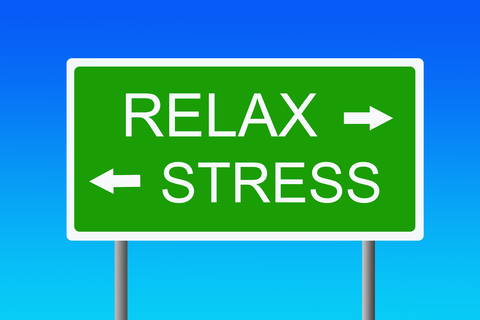 In the modern world, stress feels all but inescapable. A
non-profit health education organization called The Health Resource Network
(HRN) has designated April as Stress Awareness Month, a thirty-day period in
which health experts across the country work to inform the public about the
dangers of stress and coping strategies to help mitigate it. HRN also sponsors
April 16th as National Stress Awareness Day (conveniently scheduled
one day after the end of tax season).

If you live or work in a traffic-congested city, simply
getting behind the wheel is probably enough to raise your cortisol levels.
Driving can be an incredibly stressful activity, especially when you're dealing
with stop-and-go highway traffic or navigating chaotic city streets. And
because you're trapped in a confined space, that pent-up stress can often turn
into full-on road rage, which can put you and other drivers at risk. Here are some key tips on how to reduce stress while driving.

It's easier said than done, but leaving early for your morning
commute can save you stress and panic down the line when you hit traffic. This
is also an important thing to keep in mind when you're traveling to an
important life event, such as a job interview. By making sure you have plenty
of time to get to your destination, you can take a whole lot of stress out of
the equation entirely.

Getting lost can send your stress levels through the
roof. Navigation apps on your smartphone can help you find your way again, but
you really don't want to be fiddling with your phone in traffic. Figure out
your route beforehand, whether you do it the old-fashioned way by memorizing
it, or by setting up a voice-enabled GPS.

Every now and then you'll encounter a driver who
tests your patience. Whether they're just plain unskilled or they're
deliberately being rude, it's not worth engaging. Just change lanes and let
them pass.

Remember: staying alive is more important than
getting to your destination on time. Try to relax, and leave plenty of room
between you and the car in front of you. Allow other cars to merge. You really
won't save that much time by weaving in and out of traffic, and you'll annoy
all the safe, responsible drivers around you.

It's important to be aware of your surroundings, but you
should also watch out for mounting stress levels. If you find yourself
white-knuckling the steering wheel and grinding your teeth, lean back from the
wheel in a more relaxed position and take some deep, calming breaths—or pull
over and take a break.