Drive Down These Dark Roads - If You Dare… 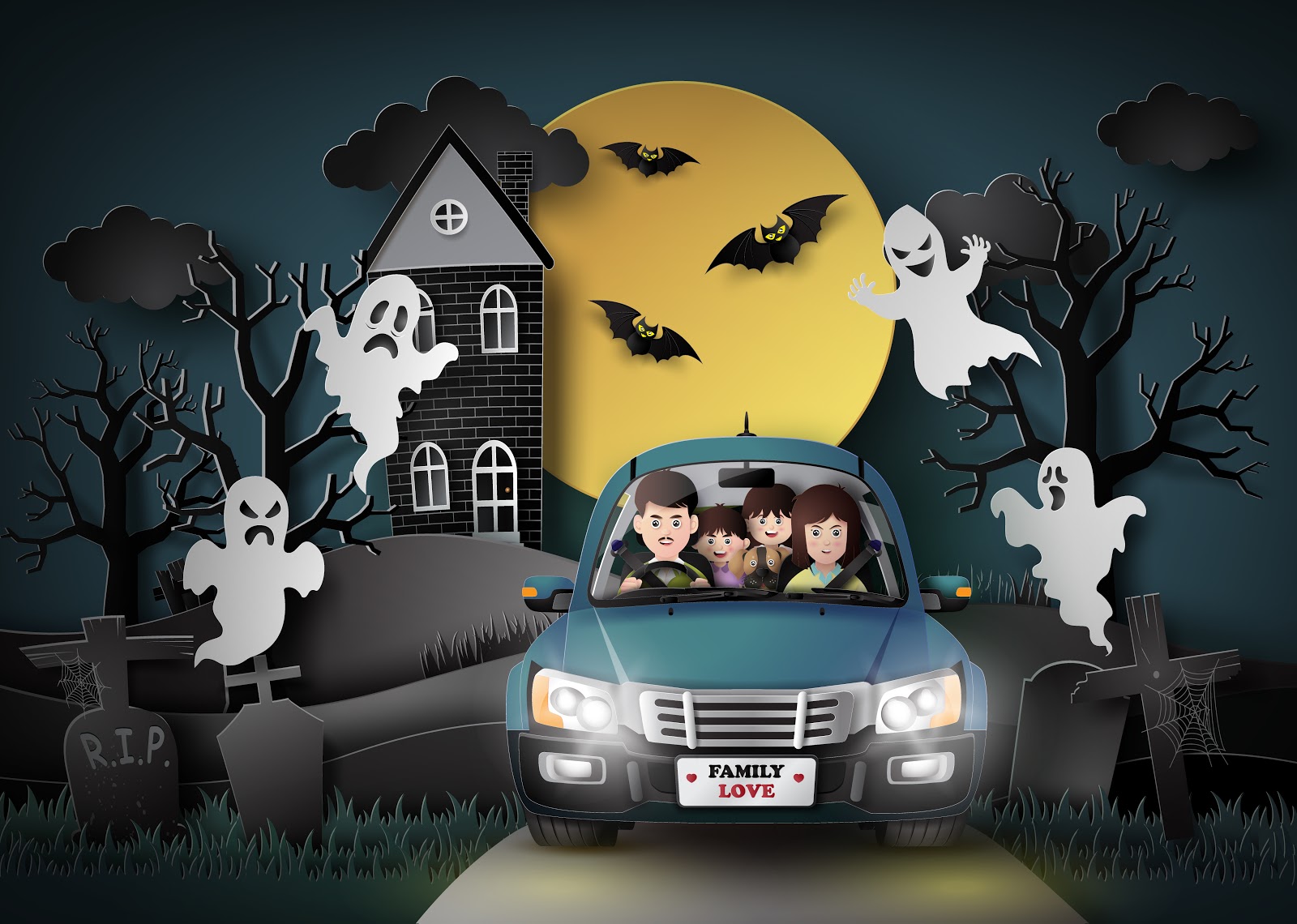 We did the chilling research, checked off the creepiest of destinations, and compiled the unnerving journeys to present a choice list of the most haunting places you can spend Halloweekend this year. So pack your car full of the undead - er, we mean, the living… - and try one of these spooky seasonal road trips!

New Orleans itself can be a pretty spooky town, with plenty of history rooted in supernatural phenomenon from voodoo to witchcraft. St. Louis Cemetery is the oldest in the city, and is notable for the above-ground graves and mausoleums, many of which were laid in the 18th and 19th centuries. Among the most famous graves is that of Marie Laveau, revered voodoo princess.

Huge and looming against an ominous sky, the Moundsville Penitentiary stands not fair from the Ohio River in West Virginia. The Penitentiary first opened in the later half of the 1800s, and throughout it’s operation until 1995, saw more than it’s fair share of homicides and executions, by both hanging and electrocution, totaling a rumored 1,000 deaths on the premises. Take a trip to the little town of Moundsville, WV to see this historic and haunted prison this Halloween. You can even tour the facilities, with the option to stay overnight...

Spooky both in history and design, the Winchester Mystery House is located in San Jose, California. Legend holds that Sarah Winchester lost both her child and husband, the late William Wirt Winchester, and fell into a deep depression. A medium or spiritualist advised her that her family was haunted by the ghosts of those killed by the Winchester rifle. To avoid falling victim to the curse, Mrs. Winchester was instructed to go west and build a house for the spirits - and never stop building. She did exactly this, from when she purchased the unfinished house in 1884 until her death in 1922. The house now contains about 160 rooms, many of which were remodeled and reconstructed over the years in such a strange manner that today, the house includes stairs that lead to ceilings and doors that open into walls.

There are all sorts of rumors and tales about what goes on along Clinton Road - from Satanist and Ku Klux Klan meetings to trucks that’ll drive you off the road to the ghost boy who resides beneath a bridge along the road. Suffice it to say Clinton Road is a dark and dreary ride through West Milford, New Jersey. It’s reportedly a 10 miles stretch of highway with no exits that, appropriately, includes a dead man’s curve.

Built by Freeman Oscar Stanley and his wife Flora, the Stanley Hotel opened in 1909, gracing Estes Park, Colorado with all the finest amenities from the East Coast. Over the years, the hotel’s splendor faded and by the 1970s it was reported to be haunted. Stephen King’s inspiration for the novel The Shining came from his stay at the hotel, adding to the frightening history. Today’s it’s said to be haunted by ghosts, from the original owners to a late housekeeper, and the hotel even offers ghost tours.

John Adam Lemp built a fortune in the mid-1800s after finding success making larger beer and opening a brewery in St. Louis. His descendants, however, many of whom lived - and died - in the family mansion, were less fortunate. Though the industry grew and profited for several decades under the presidency of John Adam Lemp’s son, William J. Lemp, things took a turn for the worst after the turn of the century. In 1901, one of William’s sons, Frederick, died under mysterious circumstances. Several years later, William shot himself in the family mansion. William J. Lemp, Jr. succeeded him as president but the brewery struggled until Prohibition forced it’s permanent closure in 1919. His sister Elsa committed suicide in 1920, and William, Jr. did the same 2 years later, after the sale of the brewery. Their brother Charles also shot himself. Today the Lemp Mansion is a Restaurant and Inn, and offers activities including a Haunted History Tour and Ghost Hunting.

Originally numbered 666, the Devil’s Highway was renamed to U.S. Route 491 in 2003. Running almost 200 miles through New Mexico, Colorado, Utah, and lands belonging to the Navajo Nation and Ute Nation, the road is considered spooky because of it’s original number - traditionally associated with Lucifer himself and Satanist phenomena. Evil and frightening occurrences along the route have been reported or exist in legends, and prior to the renumbering, the highway was often the victim of sign theft. Apparitions include a girl in a white dress who vanishes into thin air, a flaming truck speeding down the highway, packs of demon dogs, and Native American spirits.