So you didn’t make it to the desert this year? Worry not 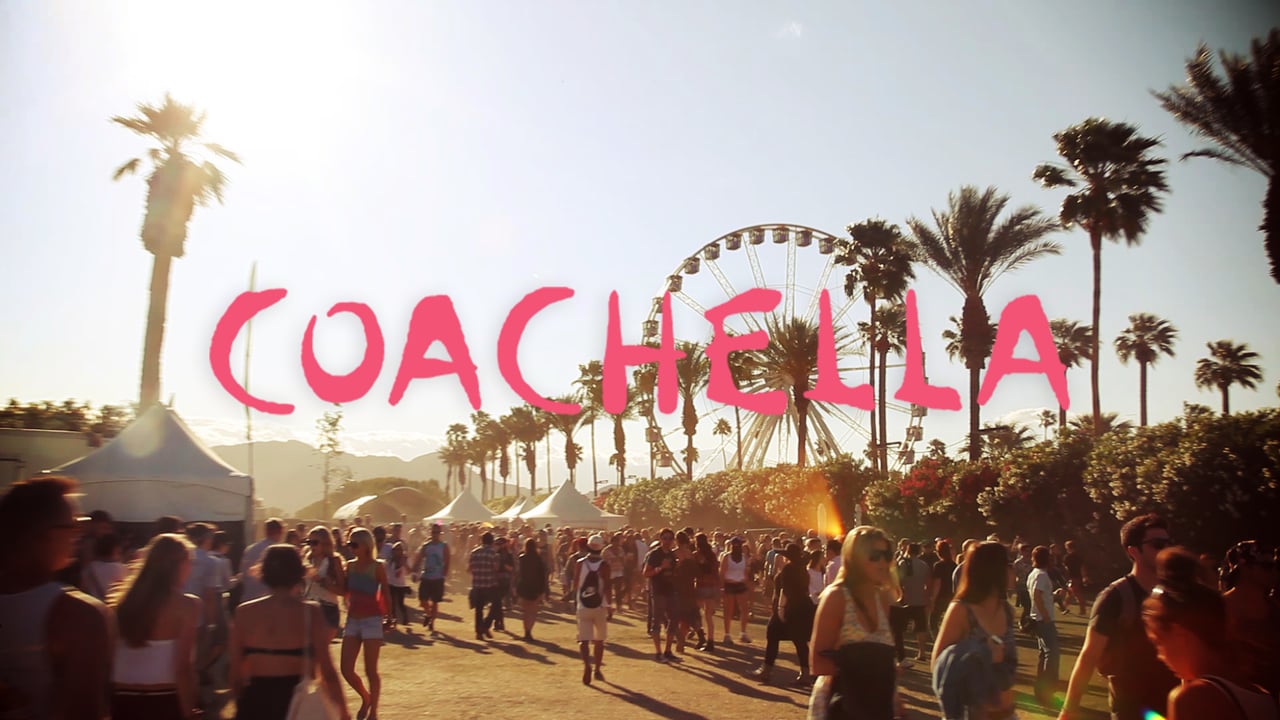 Believe it or not, there are music festivals all over the country all summer long. So if Coachella is out of your price range, beyond your road trip range, or simply not your scene, you can still get your dose of sun at one of our top picks for music festivals this summer. Or maybe you live solely for the summer music festival and are already missing the desert - here’s your agenda for the rest of summer 2016!

Celebrating it’s 40th anniversary this year, the Beale Street Music Festival helps to kick off the Memphis in May celebration annually. The festival overlooks the Mississippi river from the 25-acre riverfront park off Beale Street, drawing crowds of over 100,000. The lineup this year includes Paul Simon, Weezer, Meghan Trainor, Train, Zedd, Jason Derulo, Beck, and Panic! At The Disco, among others. 215 miles from Nashville or Jackson, MS, 240 from Birmingham, 285 from St. Louis, and 400 from New Orleans, the Beale Street’s history and the Memphis in May festival are worth a spring road trip through the American south. April 29-May 1, 2016. Memphis, TN.

The Sasquatch! Music Festival has been around since 2002, but has expanded in recent years. Held at the George Ampitheatre on the banks of the Columbia River, Sasquatch! is typically held over Memorial Day Weekend, drawing over 50,000 attendees. The 2016 lineup includes Florence and the Machine, Disclosure, The Cure, Major Lazer, Alabama Shakes, A$AP Rocky, Sufjan Stevens, M83, Borns, X Ambassadors, and many others. 140 miles from Spokane, 150 from Seattle, 260 from Portland, 380 from Boise, 460 from Vancouver, 690 from Reno, and 780 from San Francisco, Sasquatch!’s idyllic location alone makes it an ideal stop on your road trip across the Pacific Northwest. May 27-May 30, 2016. George, WA.

The Governors Ball Music Festival was launched in 2011 on Governors Island, and moved to the 433-acre Randall’s Island Park in 2012. Attendance has been growing dutifully, and the length of the event has expanded from one day to three, drawing in even bigger headliners over the years. This year’s lineup includes The Strokes, The Killers, Kanye West, Beck, Of Monsters and Men, M83, Haim, Death Cab for Cutie, Chvrches, among many others. Situated on an island between Manhattan and Queens, Gov Ball is 25 miles from Newark, 110 from Hartford and Philadelphia, 205 from Boston and Baltimore, 240 from Washington, D.C., and 255 from Syracuse. With all the attractions New York City has to offer, this music festival is a perfect event to inspire a road trip across New England or the Mid-Atlantic this summer. June 3-June 5, 2016. New York, New York.

The Bonnaroo Music and Arts Festival is a four-day festival held in Manchester, Tennessee.  Begun in 2002, now over 80,000 people attend the event on a 700-acre farm at Great Stage Park each summer. Rolling Stone labeled Bonnaroo Best Festival and dubbed it the “ultimate over-the-top summer festival” in 2008. This year’s lineup includes Pearl Jam, LCD Soundsystem, Ellie Goulding, Macklemore & Ryan Lewis, Death Cab For Cutie, Halsey, Chvrches, X Ambassadors, and many more. 60 miles from Nashville, 190 from Atlanta, 240 from Louisville, and 380 from either St. Louis or Charlotte, Bonnaroo makes for a perfect southern roadtrip. June 9-June 12, 2016. Manchester, TN.

The Firefly Music Festival began in 2012, with organizer’s visions of a festival similar to Bonnaroo. Held on the 154-acre festival grounds in The Woodlands of Dover International Speedway, Firefly sold out with 90,000 attendees last year, tripling attendance since it’s debut. The 2016 lineup includes Mumford & Sons, Florence & The Machine, Disclosure, Blink-182, M83, Major Lazer, The 1975, Of Monsters and Men, Chvrches, and Elle King, among others. 80 miles from Philadelphia, 100 from Baltimore and Washington, DC, 165 from New York City, 200 from either Richmond or Norfolk, and 330 from Pittsburgh,  Firefly is the east coast music festival worthy of a summer road trip. June 16-June 19. Dover, DE.

The Vans Warped Tour isn’t quite like the rest of the festivals on this list. It’s a summer-long tour all across the U.S. with more than 40 shows this year. Warped Tour began in 1995, and became the Vans Warped Tour in 1996 with the shoe company as their main sponsor.  Lineup can vary by city, but artists include 3OH!3, Four Year Strong, Good Charlotte, Mayday Parade, New Found Glory, Waka Flocka Flame, and We the Kings among many others. With shows all across the country, Warped Tour is a great festival for anyone to road trip to! June 22-August 13th. Various locations.

Lollapalooza actually began as a 1991 farewell tour for Jane’s Addiction; the tour then ran annually until 1997. Revived in 2003, and revamped to it’s current festival state in 2005, Lollapalooza now draws over 160,000 festival goers annually. The festival is held in Grant Park, on 115 acres between Lake Michigan and Downtown Chicago. The 2016 lineup includes Lana Del Ray, The 1975, Radiohead, Major Lazer, Red Hot Chilli Peppers, LCD Soundsystem, Ellie Goulding, Halsey, and the festival’s creators Jane’s Addiction. 90 miles from Milwaukee, 180 from Indianapolis, 295 from Cincinnati, 330 from Des Moines, and 410 from Minneapolis, Lollapalooza is a perfect destination for your summer drive across the midwest.  July 28-July 31, 2016. Chicago, IL.

Bumbershoot typically takes place over Labor Day weekend and is held at the 74-acre Seattle Center, which was built for the 1962 World’s Fair. Having grown and adapted from its first inception as the Mayor’s Arts Festival in 1971, Bumbershoot celebrates its 46th year in 2016. The 2016 lineup doesn’t seem to have been released yet, though the website advertises that passes will go on sale on April 29th. 175 miles from Portland, 230 from Vancouver, 280 from Spokane, 500 from Boise, 700 from Reno, and 800 from San Francisco, Bumbershoot is another Pacific Northwest music festival worthy of a late summer road trip. September 2-September 4, 2016. Seattle, WA.

The Austin City Limits Music Festival, produced by the same company as Lollapalooza, began in 2002 and expanded to 2 weekends in 2012. Held in the 350-acre Zilker Park in Austin, TX, the festival averages 195,000 attendees. The 2016 lineup for ACL will be released on Thursday, May 5th. Tickets will also go on sale that day. 80 miles from San Antonio, 170 from Houston, 200 from Dallas, 400 from Oklahoma City, 515 from New Orleans, and 575 from El Paso, this is a perfect late summer road trip for  trekking across the largest state in the contiguous U.S. to the city that prides itself on being weird and bills itself as the live music capital of the world.  September 30-October 2 & October 2-October 9, 2016. Austin, TX.

The Voodoo Music + Arts Experience is more technically a fall festival, taking place at the end of each October since 1999. Held in New Orleans’ 1300-acre City Park, Voodoo attracted more than 100,000 attendees over the course of 3 days in 2014. (Bad weather apparently led to lackluster attendance in 2015.) This year’s lineup has yet to be announced. 145 miles from Mobile, 185 from Jackson, 350 from Houston, 385 from Tallahassee, 400 from Memphis, 470 from Atlanta, and 500 from Dallas, the Voodoo Experience is the perfect excuse to road trip to NOLA this Halloween. October 28-October 30, 2016. New Orleans, LA.