The Dangers of Distracted Driving

The dangers of distracted driving 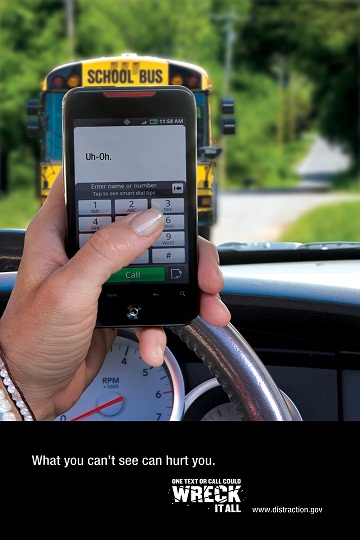 Considering 72% of smartphone owners check their phone at least once per hour, and 81% reporting keeping their smartphone with them at almost all times, it’s no surprise that we find this behavior continues behind the wheel. Texting is considered particularly dangerous, but a survey on distracted driving by Erie Insurance found that drivers engage in all sorts of distracting behaviors behind the wheel - from flossing their teeth to playing the guitar!

These behaviors are incredibly dangerous. While it may feel like you can complete tasks that you do every day - such as eating, texting, or talking on the phone - on autopilot while you drive, engaging in these behaviors - and many others - means you’re driving distracted. Ultimately, these tasks do require some of your attention, taking that attention away from your driving.

The following are just a sample of the research promoted by the U.S. Department of Transportation and National Highway Traffic Safety Administration for Distracted Driving Awareness Month:

-In 2013, distracted driving was reported to have affected 10% of fatal crashes, 18% of injury crashes, and 16% of all police-reported crashes.

-Distraction isn’t only dangerous behind the wheel. 53% of adults who own cell phones say they’ve been involved in a distracted walking encounter.

-The 2011 National Occupant Protection Use Survey found 5% of drivers held cell phones to their ear while driving, which translates to 660,000 vehicles with a driver using a handheld phone at any given daylight moment.