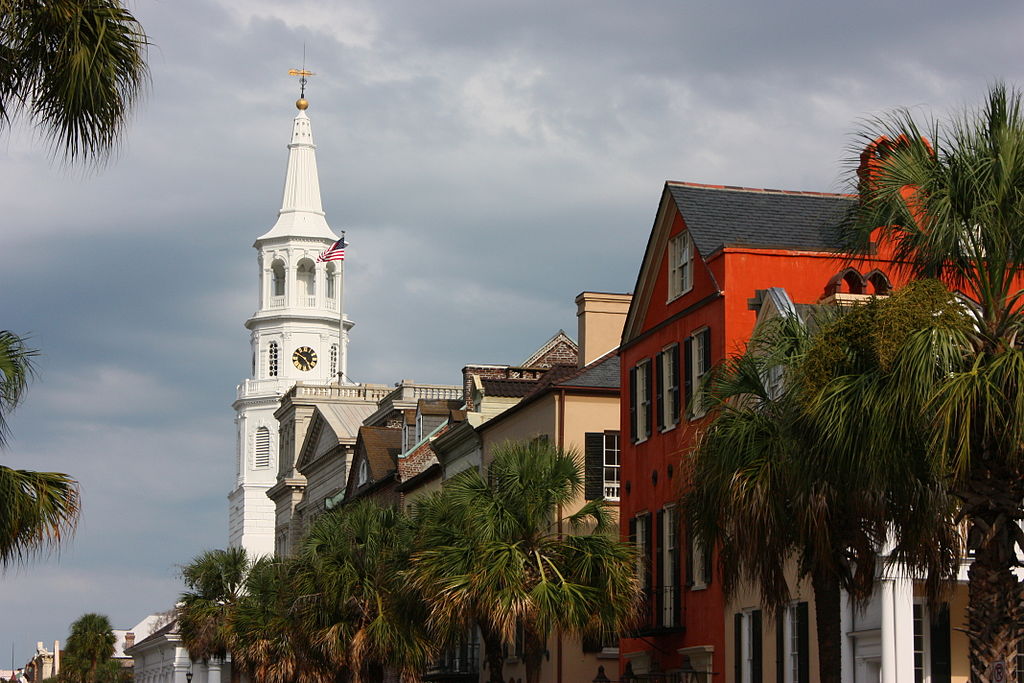 Charleston, South Carolina is a charming, vibrant Southern city. Founded in 1670, it’s teeming with history, and that’s partially why we chose it as a destination for our ongoing series about Memorial Day Weekend road trips—the Civil War began in Charleston at Fort Sumter. But historical attractions aside, Charleston boasts delicious low-country cuisine, luxury accommodations, well-preserved architecture, and perhaps best of all, true Southern hospitality. It is frequently ranked among America’s friendliest cities, and it’s best enjoyed at a leisurely, slow-as-molasses pace.

Charleston is easily accessible from a number of nearby Southern cities: it’s 5.5 hours from Atlanta, 4.5 hours from Jacksonville, and 2.5 hours from Savannah. (The city also has its own airport.)

Once you get there, you’ll find that Charleston is a thoroughly walkable and easily navigable city. You can get around easily without a car, but if you do need a lift, Pedicabs (bicycle taxis) are plentiful throughout the city. Bike rentals are also readily available through services like Afford-a-Bike, where you can rent a cruiser for $25 per day. However, if you plan to visit the beach or nearby plantations, you’ll need a car available.

The first shots of the American Civil War rang out at Ft. Sumter on April 12th, 1861. The sea fort sits on an island just off the Charleston harbor, and it’s easily accessible from the downtown area via regularly scheduled, 30-minute ferry rides. It’s a great day trip destination: the ferry trip is scenic, and the public tours of the fort by the National Park Service provide fascinating historical background on the disagreements between the North and South that preceded the first conflict at Ft. Sumter.

Charleston’s downtown is a great place to take in the city’s living history. Important architecture from the 18th and 19th century—including homes, government buildings, churches, and the city market—are perfectly preserved in the downtown historic district. Take a stroll along the Battery, the waterfront peninsula lined with historic and iconic homes. If you’re a history buff or a romantic, try a historic tour by horse-drawn carriage. Charleston is also famous for its downtown ghost tours.

If you’re willing to step outside the city for a bit, you should absolutely visit the area’s lavish, historic plantations. Middleton Place is a rice plantation on the Ashley River that dates back to the 1730s; it’s home to America’s oldest landscaped gardens. Founded in 1676, Magnolia Plantation is another worthy stop on the Ashley River, with incredible gardens.