We're Flat Out #1 in the Apple App Store

After a handful of months in the iTunes App Store, Urgent.ly is the #1 result for consumers seeking help with “flat tires.”* (If you haven’t already, join the revolution and grab the app now!) 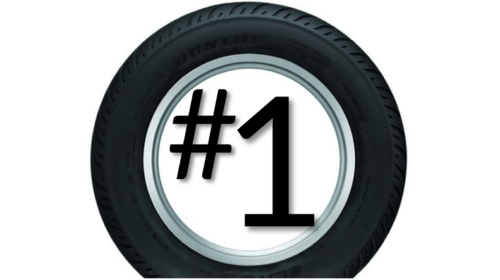 After a handful of months in the iTunes App Store, Urgent.ly is the #1 result for consumers seeking help with “flat tires.”* (If you haven’t already, join the revolution and grab the app now!)

Several things contribute to this (our fast and friendly service notwithstanding), chief among them is consumer demand. As we’ve noted before, estimates indicate 220 million flat tires are suffered each year in the U.S. alone. That’s a lot of demand.

But it makes sense… just think about what happens when otherwise fine streets experience temps that drop and climb around the winter holidays – the road below contracts and expands and boom… potholes. And potholes = flats.

Speaking of holidays… while we’re all running around trying to fill stockings, retailers are scrambling to keep up with what this year has become the dominant way to shop, according to The Washington Post: on a cellphone.

“This year, for the first time, those mobile devices delivered more shopping traffic than traditional computers,” noted the Post, “with Walmart saying mobile gadgets accounted for about 70 percent of its web traffic between Thanksgiving and Cyber Monday.”

And we smartphone shoppers are not just looking for more convenient ways to place orders. Nope, just like with Urgent.ly we want what we’ve ordered and we want it no later than now!

“The next generation wants it now,” Best Buy chief executive Hubert Joly told the Star Tribune. “Even from an Internet player, two-day delivery is not now. Now is now.”

Pity the poor retailer… But then again the good ones will figure it out eventually, mastering delivery logistics so those impulse gifts bought with a tap will find their way to your non-texting hand the same day.

Meantime enjoy the season, keep an eye out for dark spots on the road ahead, and remember who’s quickest and most transparent if you do find the air shrieking from one of your tires: You know, us… the #1 App ;-)