Why You Should Consider A Used Hybrid Car Now

Back in 2008, owning a large, gas-guzzling SUV was a commuter’s curse. The national average for gas prices had skyrocketed to over $4 a gallon, and Eco-friendly hybrids like the Toyota Prius were enjoying robust sales. 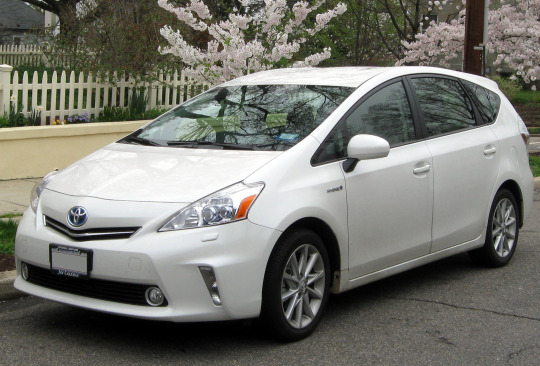 Back in 2008, owning a large, gas-guzzling SUV was a commuter’s curse. The national average for gas prices had skyrocketed to over $4 a gallon, and Eco-friendly hybrids like the Toyota Prius were enjoying robust sales.

Times have changed. Right now gas is cheap, and consumers are adjusting their financial priorities accordingly. As oil prices plummet to historic lows, drivers have little incentive to invest in fuel-efficient vehicles, and SUVs and luxury cars are experiencing a global boom.

That’s bad news for the automakers that banked on the continued success of hybrids, plug-ins, and EVs, but it’s good news for thrifty consumers who want to drive home in a fuel-efficient, affordably priced vehicle.

Thanks to this consumer shift, a generation of used hybrids is hitting the market at astonishingly low prices. Kelley Blue Book prices a standard 2009 Prius (in good condition, with no major mechanical problems, with around 89,000 miles) at as low as $6,000, if you’re buying from a private party. For cash-strapped students and low-income workers previously put off by the car’s relatively steep price tag, this massive reduction could make all the difference.

And similarly priced, similarly fuel-efficient cars will be widely available. NADA Used Car Guide has predicted that 521,000 off-lease compact cars will saturate the market in 2016, up from about 380,000 cars that were re-listed last year, Automotive News reports.

To compensate for poor sales related to low gas prices, new hybrid and electric cars are getting cheaper, too. In 2014, Ford slashed the price of its battery-powered plug-in Focus Electric by a cool $6,000. Who knows? If the trend continues, the alternative-fuel car might just cast off its old associations of political correctness and snobbery.

But with gas prices so cheap, would buying a fuel-efficient vehicle have that much of an effect on your bottom line? According to fueleconomy.gov, the official U.S. source for fuel economy information, you’d still save a substantial amount by switching to a more economical car. Let’s say you drive an average of 15,000 miles a year and you’re deciding between a 2009 Chevrolet Tahoe and a 2009 Toyota Prius. Opting for the Prius would save you about $1,000 a year, if gas prices remain at their current average of $1.82 a gallon. That $1,000 could make a nice addition to your nest egg—or, for that matter, fund a pretty nice road trip in your new hybrid.